"Tender is the light"

A woman from Montreal at a crossroads in her life travels to Sweden to attend a prestigious conference in linguistics.  She secretly hopes for more than mere professional development. Divorced, her three children almost grown up, she has developped emotionally and spiritually. She longs to meet "the right man" and start a new chapter.

Here on the other side of the Atlantic she will soon find more than what she hoped for: a handsome, accomplished stranger, a relationship of tenderness and pinnacles of sexual and emotional fulfillment.

But as the affair unfolds, seemingly insurmountable problems present themselves.

Yet the conflicts and temporary setbacks of the forbidden romance do more than chronicle a woman's personal development and the joy of true intimacy. They also chronicle an era, the 1960s and 1970s, a time of unconventional choices, when families took on new forms and women sought and demanded more rights, including relationships with  emotional and sexual fulfillment. 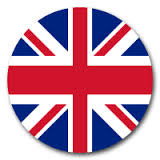 This is why I write : to share and give testimony to my life experiences, to connect with those who may have had similar experiences.